The construction of the Kings Park – Boundless carpark extension project on behalf of the NCA involved increasing the car parking capacity at the popular Boundless playground and nearby Kings Park. The works involved the addition of forty-one (41) new parking spaces, four (4) new disability parking spaces and new concrete pavement at the carpark and playground entrance.

The Boundless Playground is Canberra’s first all abilities playground built to celebrate the Centenary of Canberra. This high-profile play area is frequented by a lot of groups including the Marymead which visits every Monday for disadvantage children to socialise. Boundless playground is an iconic and popular playground and the demand for the best HSEQ (Health, safety, environmental and Quality) standards were required and met by Wodens for the construction of the carpark extension.

The major risks of the project were pedestrian and traffic management. The playground and existing car parking spaces remained open while construction was occurring, drawing a lot of movement through the area especially small children. Wodens used their in-house traffic management team including our experienced site foreman and trained traffic controllers to direct vehicular and pedestrian traffic safely.

There are several s

ervices which were running through the project site. Wodens identified early in the project the existing high voltage cable clashed with the current design and did not provide enough cover. Wodens proposed a design change including raising the finished levels of the carpark at the western end, rather than relocating the cable. This saved the client time and money on the project.

Wodens Environmental management plan was used to manage the tree removal and the erosion and sediment controls for this project. Wodens safely removed a total of 14 trees from site and protected the remaining trees, allowing for the construction of the carpark.

Wodens worked closely with the client to have the existing streetlights upgraded to LED luminaires making sure the new works matched the NCA’s design intent for this high-profile area. This saved the client costs on replacing the streetlight poles in additional to providing a more sustainable and energy efficient lighting in the area. 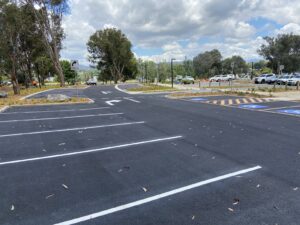 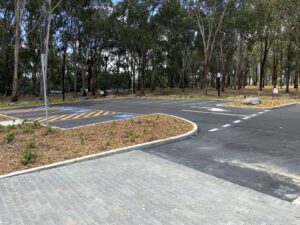 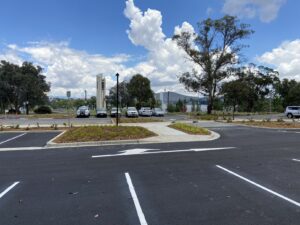 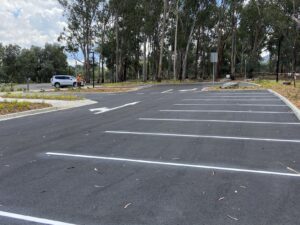 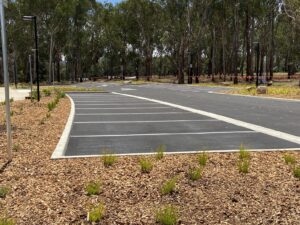 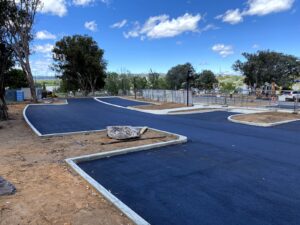 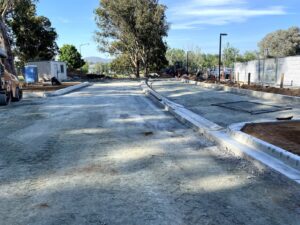 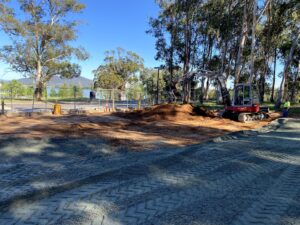 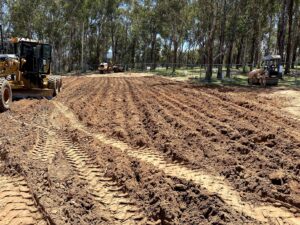 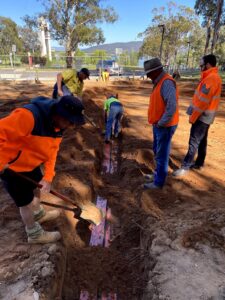