The Gundaroo Drive corridor in Canberra’s north carries on average 40,000 public vehicle movements per day.  The scope of the duplication involved 2km of dual carriageway with provisions for on-road cycling, adjacent footpaths, bus lanes, intersection upgrades and traffic signalisation all to be constructed under traffic management.  The sheer volume of traffic and pedestrians/cyclists presented as a huge challenge to the project team, for safety of workers, public and programming of work.  In addition to that, the new road was built over the top of an existing live high-pressure gas main which required many months of planning and liaising with the asset owner to ensure the integrity of the gas main would not be compromised due by construction methods, and that safe work methods were developed and implemented to ensure the safety of  workers and surrounding public (including homes, schools and businesses).

In July 2017, mid-way through construction, the Duplication of Mirrabei Dr was tabled as a significant design amendment, which was priced and agreed with the client prior to commencement.  The scope of the additional works extended between Paul Coe Crescent and Anthony Rolfe Dr (400m), and included removal of the existing Gundaroo Dr roundabout, and construction of a new signalised intersection.

Downer EDI were engaged as the asphalt subcontractor for the project and in total laid over 12,000 tonne of heavy-duty asphalt pavement.  The bulk of the milling and pavement works were undertaken under live traffic management, with some intersection works undertaken under full closures on nightshift.

The intersection of Gundaroo Drive and Gungahlin Drive Extension is recognised as one of Canberra’s busiest intersections for weekday traffic, being the main thoroughfare from Gungahlin to the City/Woden/Tuggeranong area.  Wodens construction team successfully undertook a major traffic switch as part of the works which included the coordination several subcontractors for the final pavement layers, line marking, traffic signalisation and traffic control.  The traffic switch was under the direction of the Site Foreman, Brian Dawes and Project Manager, Daniel Steenbergen.  The liaison with subcontractors and stakeholders to achieve a traffic switch of this size is extensive and requires thorough planning, experience and skill.

WHS management was well implemented, with safe work systems and SWMS regularly reviewed to manage the risks of traffic, pedestrians, and plant movements in and around a congested construction corridor.  No non-conformances or sanction points were lost during any active certification audits.

In addition to the multitude of safety risks that this job presented, all work was also undertaken with high regard to environmental hazards and risks, involving extensive erosion and sediment control and the protection of an Aboriginal scar tree which was located within the construction corridor.  No notices, complaints or fines were received during construction works for environmental management. 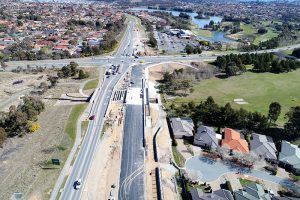 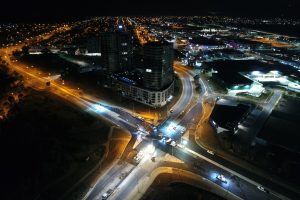 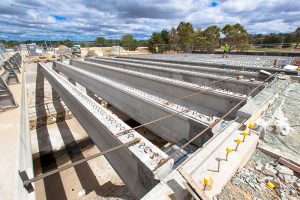 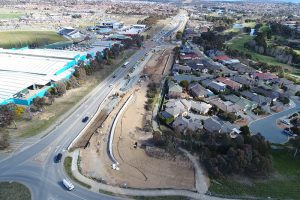 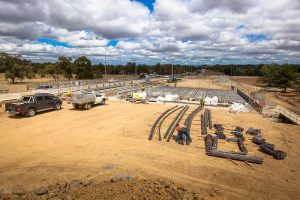 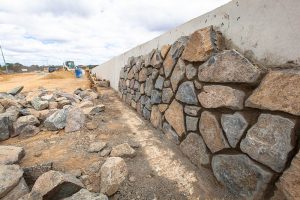