This project required extensive traffic management and planning by the project team for the duration of the work, with William Hovel Drive being one of the main thoroughfares for traffic travelling to and from Belconnen to the City seeing approximately 25,000 vehicle movements per day.

Traffic was managed internally by Wodens trained traffic team, led by Foreman Nik Leeming.  Challenges with traffic management mainly involved the intersection works of William Hovel Drive, with the intersection remaining open to all public traffic under the existing stop sign.  Work within the median was limited at times due to visibility issues it created for road users.  In order to complete the first stage, a section of existing road was removed and a temporary diversion road was built.  We engaged an experienced pavement engineer to design the diversion road and an experienced TTM designer was consulted in the process to confirm suitability of our proposal.  Additional to the upgrading of the road, several road crossings were required through William Hovel Drive for watermain, communication conduits, electrical and gas.  The asphalt was laid during night works to minimise the impact on traffic and to achieve a higher quality finish.

The intersection work also encountered saturated/wet material under the existing road that had to be replaced.  This involved removing 1–1.5m of material and refilling the road with quality material, which was further complicated by the discovery of abandoned asbestos conduits which required removal by our approved subcontractor.

Our own earthmoving crew completed approximately 120,000m3 of earthworks during the work, with 90,000m3 stockpiled onsite for the client to use for future projects.

The project was undertaken in the Molonglo Valley, which is protected under National Environment Significance Legislation.  A comprehensive CEMP was developed for independent approval.  No notices, or fines were received regarding environmental management, and the project objectives and targets were met.

All safety objectives and targets were met on the project, and no loss of sanction points or non-conformance was received as a result of Active Certification audits.  The project also underwent an OFSC Audit in January 2018 which achieved high results and maintained our ‘low-risk’ OFSC rating. 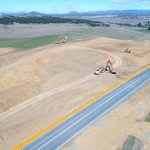 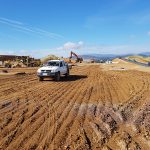 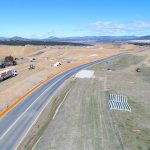 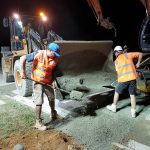 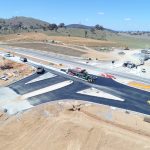 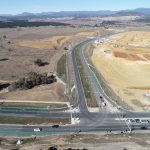 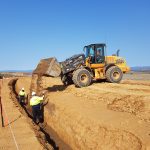 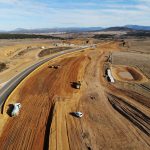 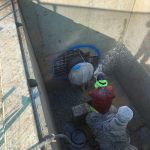 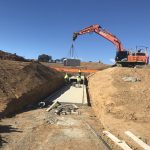 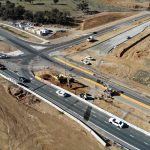 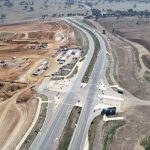 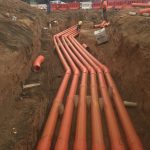