This complex project involved the construction of the widening of existing bridges over Clunies Ross St and over Sullivans Creek as well as the demolition and relocation of a 6m high retaining wall on the Eastern side of the tunnel on Parkes Way. There was also the widening of the pavement along Parkes Way (in the median) to allow for an additional lane.

Woden Contractors managed very complex traffic arrangements without any incidents on the site. There were also significant demolition operations with the retaining wall mentioned above as well as approximately 1m of the existing bridge decks to allow for the stitch jointing of the new bridges on Parkes Way.

Woden Contractors also successfully removed and replaced the bearings on the existing Sullivans Creek bridge, using a complex jacking system to allow simultaneous lifting of the entire bridge above each of the 10 bearings.

The widening of the existing bridge across Sullivans Creek involved an innovative piling rig using one of Civil Bridge & Wharf’s lattice boom cranes to install the piling and then a unique design to pour the headstocks below the water level. This attention to detail and carefully planned operation typifies our Company and helped to win the project an MBA Award for Bridgeworks in 2014. 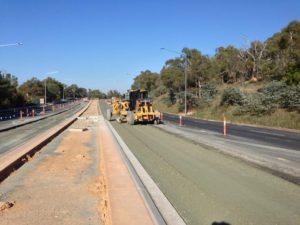 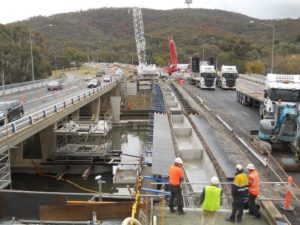 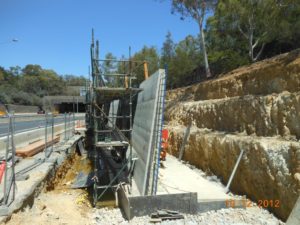 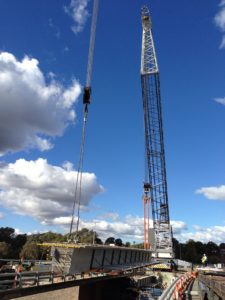 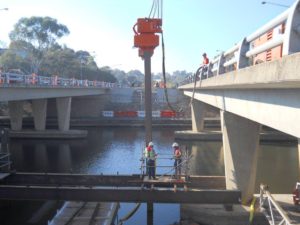