This was the first Stage of the new Throsby development and comprised a total of 273 blocks of land.  The project was hampered due to the very wet winter in Canberra during June to September 2016.  The underlying layers of the pavements were severely affected and took a number of months to rectify and ensure that the subgrade was acceptable.  There were several areas which required additional pavement thickness and/or re-working of the subgrade.

One of the biggest issues on the project was the abundance of limestone rock which was removed during hydraulics construction.  The volume of water within this limestone subsurface was immense and when we excavated for the 12ML permanent water control pond at the bottom of the site, we hit this underground after.  It filled up the pond overnight and continued to run throughout the entire length of the project.  It continues to run freely.

Other key features of the project include: 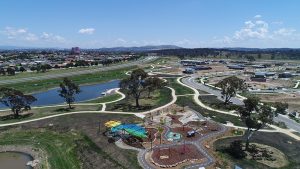 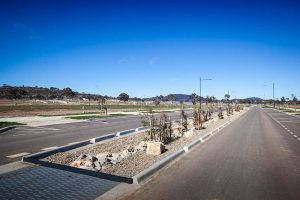 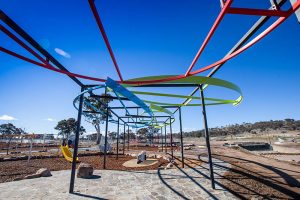 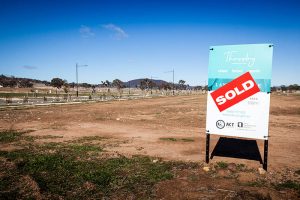 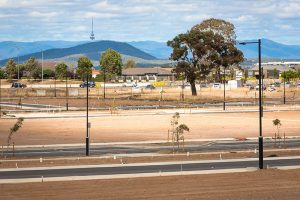 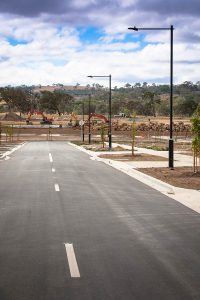 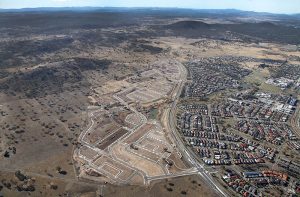 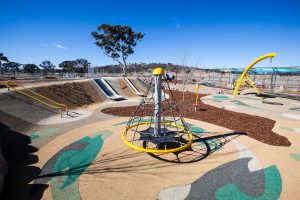 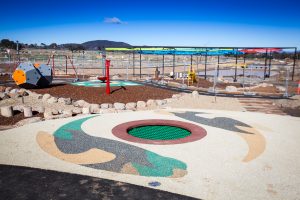 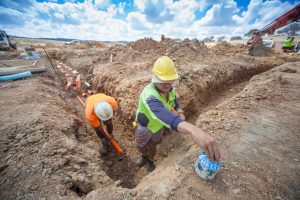 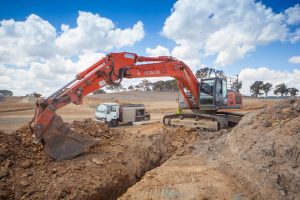 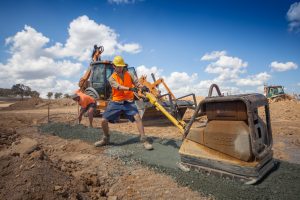