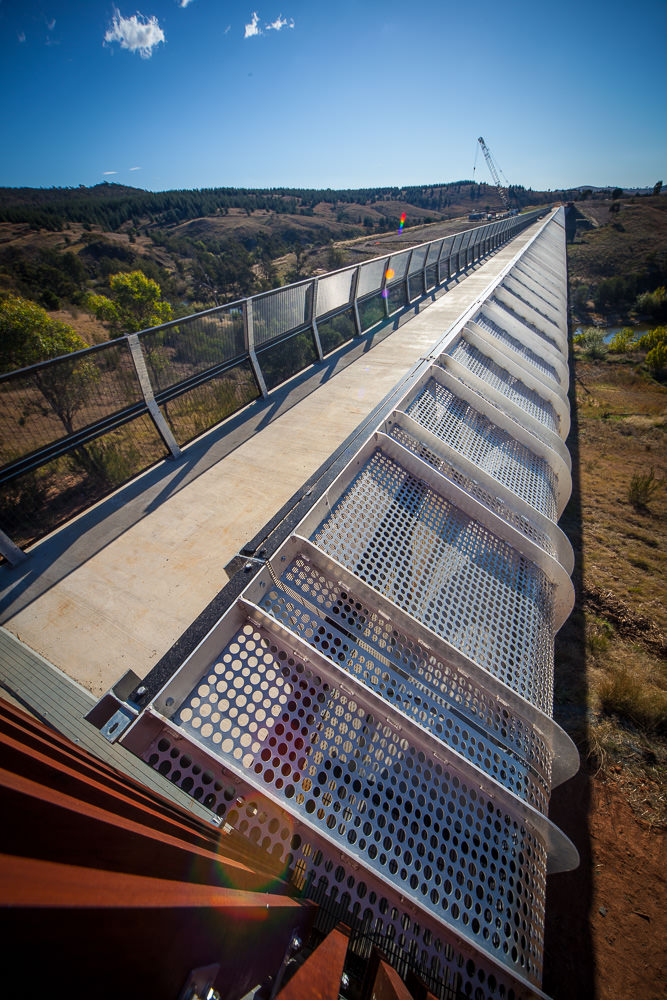 At the National MBA Awards held in the Great Hall of Parliament House on 23rd November, Woden Contractors have won the Civil Construction Award for their Molonglo Link Bridge and Associated Trunk Sewer project. This is the second National MBA Award that the company has won in its history, following the highly successful Kings Avenue Bridge project.
The Molonglo Link Bridge and Associated Trunk Sewer project was officially opened on 30 September and is officially known as ‘Butters Bridge’ after the iconic Australian engineer, Sir John Butters. The event was attended by a number of the Butters family and descendants.